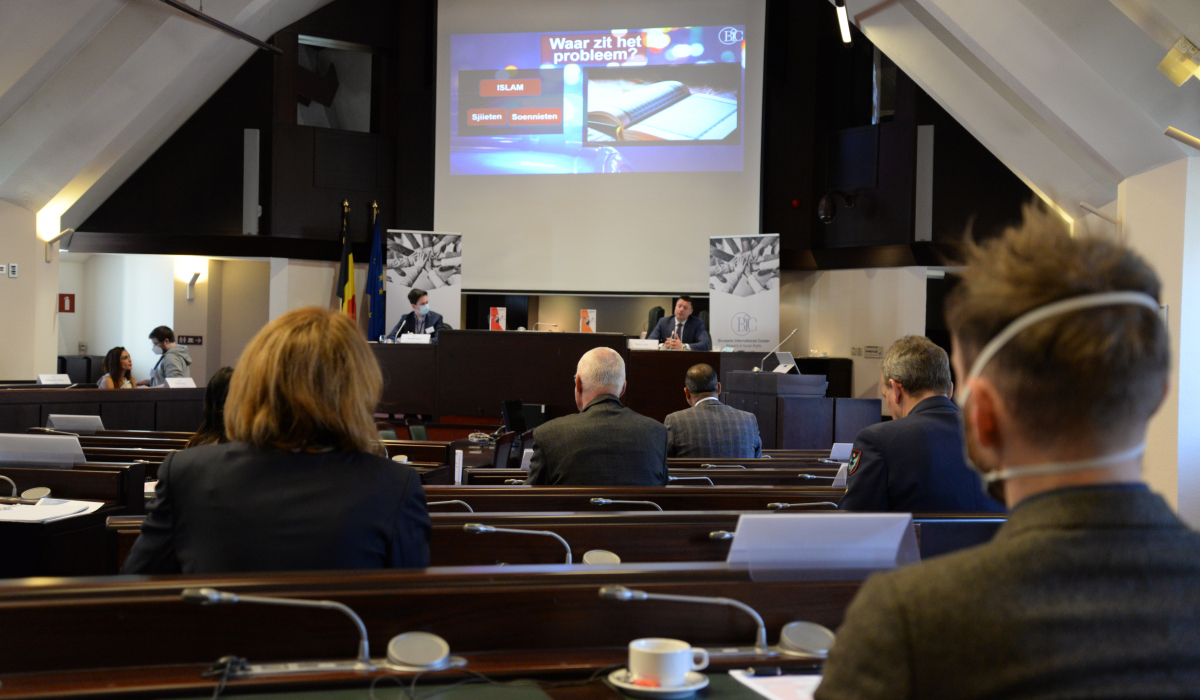 Five years after the Brussels terrorist attacks, which stormed the capital of the European Union and put its security and safety into question, the European and Belgian security authorities are still facing challenges when it comes to the issue of violent extremism and radicalization. As part of its Analysis of Violent Extremism and Radicalisation (AVERA) department,  on March 23, 2021 from 10 am to 12:30 pm the Brussels International Center ogranizwd a conference at the Belgian Federal Parliament, in collaboration with parliamentarians.

The event will assessed current security policies in Belgium after the attacks that took place March 22, 2016. It discussed the security and political changes over the past five years, while also  shedding light on the impacts extremist groups, such as the Muslim Brotherhood in Europe. It focused on the dangers that still exists and explore recommendations to avoid similar attacks from happening again.

At the beginning of the conference there was a presentation of the book “Disarmed - an unequal battle”,  written by  the member of the Federal Parliament, Mr. Koen Metsu, in collaboration with  several high-ranking political analysts. They presented the most important aspects of the book and discussed the different role played by the Muslim Brotherhood to Belgium and Europe’s democracy, especially their pursuit of Islamization and its impact and the controversies that have surrounded it. In the book itself the authors also talk to witnesses, victims, and experts. As such, the reader gets a unique look behind the scenes at the security services in Belgium and Europe.

Geert de Decker  from the Ministry of Defense

In the second part of the conference, the focus was on the changes and current developments at the Belgium security apparatus over the last five years, as security experts and politicians  talked about the current situation of the country and the capabilities that have been put in place by the Belgian government to support domestic security and stability in particular and European in general.

The importance of this event was reflected on the presence of high-ranking Belgian and European security, political, diplomatic, and academic. In addition, representatives of the Ministry of Defense, the Federal Police, the Ministry of Justice, the European Police, the European Parliament will also be present, as well as a high diplomatic presence headed by the American and Dutch embassy in Brussels.