BIC Summer Policy Report - Yemen in 2019: Cause, Crisis and Consequences 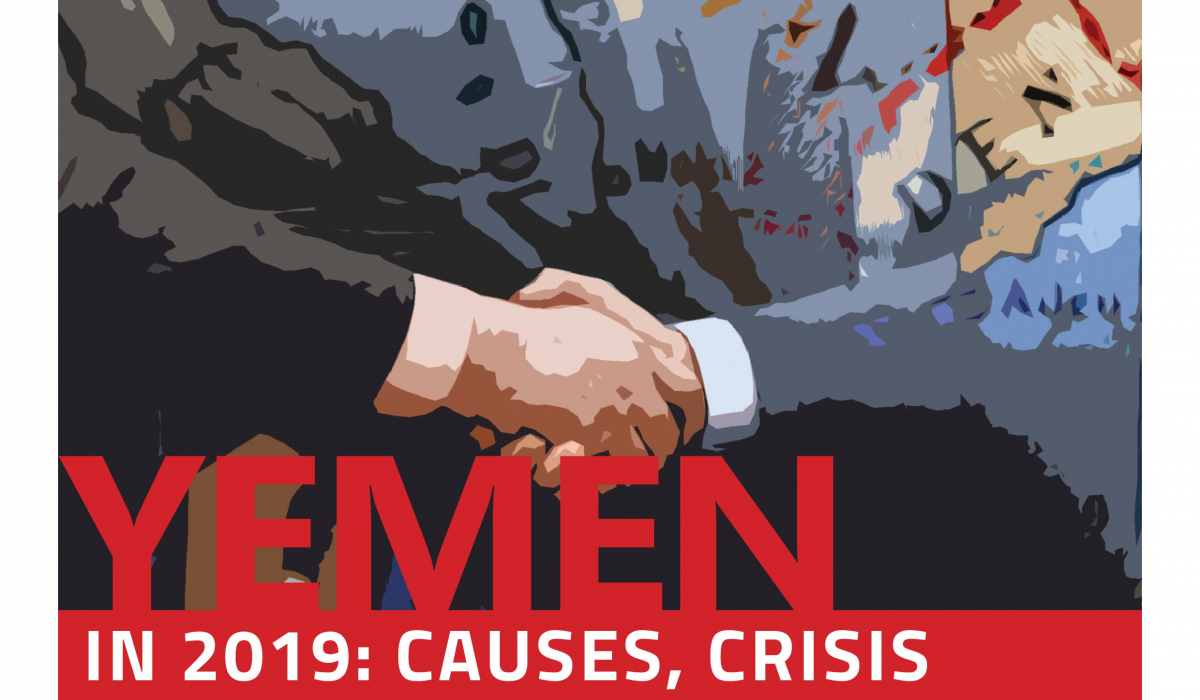 BIC Summer Policy Report - Yemen in 2019: Cause, Crisis and Consequences

At the peak of the Arab Spring uprisings throughout the Middle East, protesters in Yemen called for the former President, Ali Abdullah Saleh, to step down from office. After months of protest, Saleh  agreed to hand over power to the second-incommand, Abdrabbuh Mansour Hadi, and a new constitution was to be formed under his direction in the National Dialogue Conference (NDC), which began in March of 2013. The months that followed were met with conflict and disagreement by groups around Yemen, and while the conference was finalized in 2014 through the signing of the NDC document, conflict again broke out in the following months.

This paper outlines many of the different aspects of the events that followed the National Dialogue Conference, at a local, state and international level. The first chapter in this publication covers the transformation of United Nations (UN) Security Council Resolutions, from 2011 into 2019. The transformation that took place at an international level indicates the challenges that the international community faces in approaching the Yemen conflict at the UN level, as language of blame and support have become more generalized over time. The second chapter explores the transition of power between former President Saleh and current President Hadi. Specifically, Saleh’s plans to solidify and protect his administration prior to the transition, is argued to have ultimately been one of the reasons that the transition failed. In addition, the developments at the national level during this transition period  have had an impact on the inability to achieve peace in Yemen today.

While the transition ultimately led to variety of different problems after 2014, the different actors in Yemen are also a significant reason that the conflict is still ongoing. The third chapter in the publication outlines the different actors in the Yemen conflict, beyond the ones that are outlined in the media. Many of these actors must be included in the discussion regarding the civil war in Yemen, as an end to the conflict will not be reached without understanding how the conflict affects different groups. The two final chapters focus on more local issues that are taking place in Yemen, specifically the food crisis and the role of the World Food Programme in Yemen, and women’s role in peace processes. The humanitarian food crisis has put over 20 million lives at risk in Yemen, and this number only continues to rise. The difficultires beyond the sheer volume of food that it takes to feed this many people, are within the logistics of transporting the food and distributing it safely to those in need.

This chapter focuses on some of the setbacks that international organizations face in delivering food aid. The final chapter discusses women’s roles in the peace processes, drawing a comparision between the role of women in the NDC conference in 2013/2014 and the role that women have taken as peacebuilders today. The role that women have in peace processes today is much different than it was five years ago, however, women are still struggling to be heard at the national and international level. The solution to the conflict in Yemen cannot be solved without fair inclusion of half of the population.

The themes of these chapters were selected not only for their significance in Yemen current events, but also to bring light to specific topics that are not well discussed in the Yemen conflict. The research team at BIC has consulted a wide variety of sources to gather this information, to provide a well-balanced and highly topical take on the conflict in Yemen.

This research analyses UN Security Council Resolutions regarding the conflict in Yemen from 2011 to 2019. It introduces the Yemen conflict and its actors, and presents a summary of the UN strategy towards Yemen so far. In order to situate the research within current literary debates, it introduces a review of existing research on the political dynamics of the UN Security Council, its drafting of Resolutions, and the precedent for a particular type of Resolution-language in ‘responsibility to protect’.

It utilizes a discourse analysis methodology in order to identify instances of predicated nominations, specified named actors with a particular description they are attributed with, which were categorized into four groups by the type of predication (Blame, Support, Request and Obligation) and themselves split into three categories of time relating to contextual shifts in the Yemeni conflict (2011-2014, 2015 and 2016-2019). The language of ‘responsibility to protect’ was identified as a key instance of Obligation in Resolutions, and was particularly scrutinized for. By identifying the numbers of these instances, data was found to show particular trends in naming and attribution strategy within the Resolutions. This data has been presented in graphical form.

The main findings were as follows:

Recommendations for improvements to the UN Security Council Resolution strategy on Yemen proceed from these conclusions.

The ouster of Yemen’s leader Ali Abdullah Saleh marked the end of more than three decades of his authoritarian rule over Yemen. The footage of Saleh peacefully handing the Yemeni flag to Mansour Hadi (Saleh’s deputy president and the new sworn in head of state) reflected a promising step-forward for Yemen’s future. Hadi was to lead Yemen for a 2-year transitional period during which the country will, among others, prepare for constitutional amendments as well as presidential and parliamentary elections. Although Saleh had transferred power to Hadi in November 2011, he was still operating at the core of Yemeni politics. He adopted the role of a spoiler through which he undermined Hadi’s legitimacy and obstructed the transitional government’s roadmap.

With more than 30 years in power, Saleh understood the societal and political texture of Yemen and knew how to play by the rule of the game. This paper argues that the coup-proofing strategies adopted by Saleh during his years in power contributed to the failure of the Yemeni transition. Saleh tailored Yemen’s military in a manner that facilitated his grasp over the authority. He sought creating a security apparatus that rotated around his desires. He strove to maintain complete autonomy over the country through appointing his loyalists in the core of Yemen’s security apparatus.

Uncertainty remains looming around Yemen’s future prospects. The country is in a swamp of political violence that overshadows nearly all economic, social, and political determinations of the society. The Yemeni Conflict is dominated by various contesting actors pursuing contrasting agendas. Each actor operates in accordance with different political doctrines and follows different strategies in their struggle to achieve their objectives.

Although the Saudi-led Coalition and the Houthis are perceived as the most instrumental actors in the conflict, this shouldn’t cause a distraction from other prominent actors operating in the same conflict with direct influence on the local population. Attempting to rationalize contemporary Yemen while excluding other prominent actors would be insufficient. The main objective of this paper is to provide the reader with a thorough description on the main local actors in Yemen.

The actors are: Abd Rabo Mansour Hadi’s Government, Houthis, the Southern Movement (Hirak), and al-Qaeda in the Arabian Peninsula (AQAP). It is important to take into consideration that many of the conflict’s main actors were fueled by their pre-war grievances of political marginalization. This paper expands on a previous paper that was published in BIC’s monthly thematics project.

The ongoing humanitarian aid crisis in Yemen has put millions of lives at risk, as men, women and children alike are all at risk of starvation. Yemenis rely on food aid for survival, and while a large amount of aid is entering the borders, some of the food aid is not being delivered to the intended recipients of the aid. Coalition forces have promised large amounts of aid in an attempt to alleviate the world’s largest humanitarian  crisis, however they are not working to ensure safe distribution of the aid to civilians.

The Houthi Rebels have been accused of stealing food aid, for personal and economic gain. This chapter will explore some of the difficulties that humanitarian organizations, such as the United Nations World Food Programme, face in delivering food aid throughout Yemen. Similarly, the struggles that all sides of the conflict face in gaining access to food aid and ensuring the fulfillment of their promises to one another will also be explored throughout this section.

Women in Yemen today face many challenges in fighting for peace. The ongoing conflict in Yemen has disproportionately affected women and their ability to participate in peace processes. Developments in the conflict have defined new roles that women must take on in the fight for peace, particularly compared to the challenges that women faced following the failure of the transition in 2015.

This paper will explore some of the unique risks, challenges and roles that women have taken on throughout the war in Yemen. Specifically, the evolution of women’s roles and their ability to participate in peace processes will be analyzed on a time scale from the end of the National Dialogue Conference in 2015, into today. What one would hope, is that women have achieved greater freedom and an ability to openly promote peace in Yemen, yet this has not been the case. Women in Yemen in 2019 have taken on a unique role as peacebuilders and negotiators, but that does not necessarily mean that they face fewer challenges than they did four years ago, before the onset of the current war. 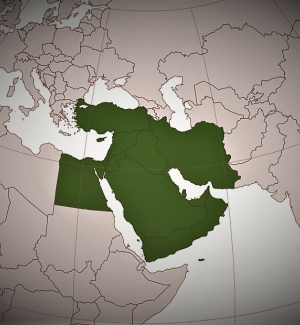