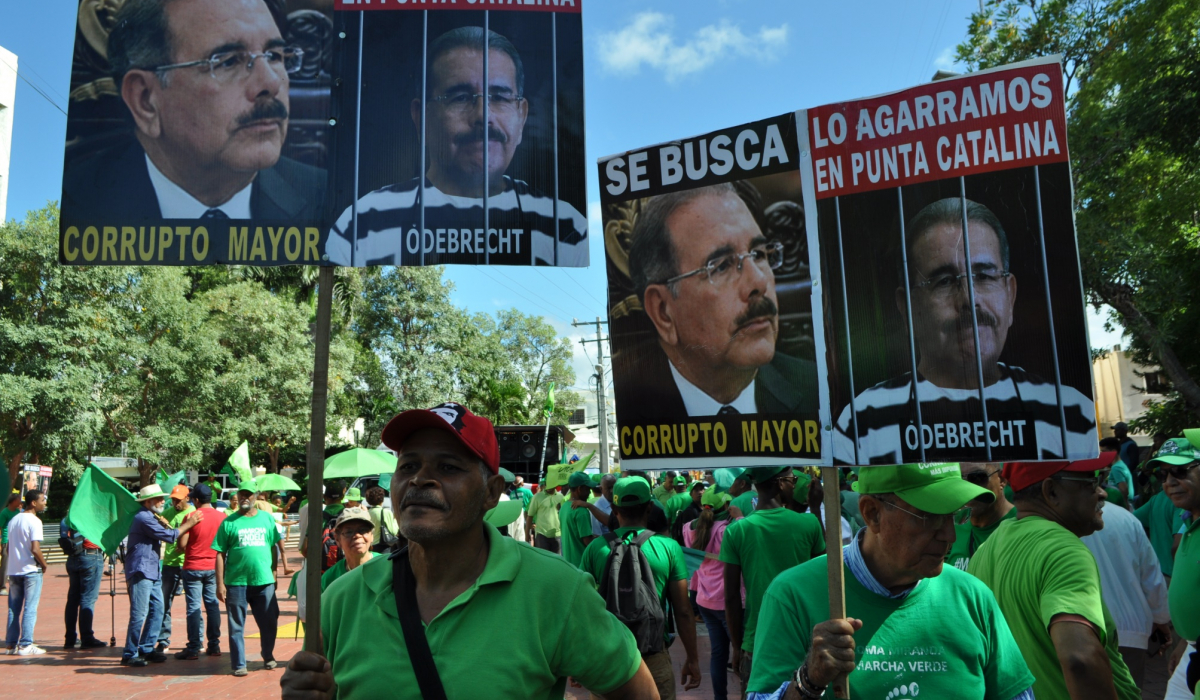 Since the 1970s, unlike any other Spanish speaking countries in Central America and the Caribbean with similar history of authoritarianism and foreign intervention, the Dominican Republic has largely escaped polarized politics and civil war. At the same time, its political trajectory illustrates the difficulties of institutionalizing democratic politics due to numerous structural and political-institutional factors that to a certain extent remain problematic until today.

Overall, the history of Dominican politics has been largely marked by a combination of authoritarian and neo-patrimonial patterns, on the one hand, and democratic successes, on the other. Whereas the former illustrate an economy predominately affected by corruption scandals, a strong oligarchy and political clientelism, the latter have been stimulated mainly by a modernization of politics and economic management. These latter practices have reduced poverty and inequality, helping to expand the middle class and advance the country`s regional as well as international competitiveness. This was especially experienced during Mr. Leonel Fernandez presidency (1996 to 2000 and from 2004 to 2012).

In terms of democratic developments, the Dominican Republic holds regular elections that are relatively free, though the most recent polls exposed deficiencies in the electoral framework that disadvantage less established parties. More particularly, efforts on electoral reform dominated the legislative agenda in 2017, after the previous year’s polls exposed significant deficiencies in the electoral framework. After numerous debates, policy-makers ultimately failed to approve a new electoral law on political parties. In the previous two elections that saw the victory of President Danilo Medina, international observers reported that polls were to a certain extent credible, but called for major reforms to guarantee equal access to party financing and media coverage, a major issue noted in 2016 Presidential Elections[1]. In addition, OAS election observers also questioned the efficacy of the new electronic voting put in place as well as vote-counting infrastructure. They also condemned election-related violence that took place in some regions throughout the country, particularly in Moca, San Pedro de Macorís and La Romana[2].

Under the leadership of Medina, major corruption scandals unfolded, especially in the construction sector. Mass protests against government corruption and impunity have been taking place, particularly after the 2017 Odebrecht case[3], in which more than a dozen state officials linked to Medina were involved. The “Green March” or “March of the Million” saw millions of people demonstrating through the streets of Santo Domingo and demanding that justice is brought against the dozen or more current and past state officials accused of corruption[4]. These protests were generally peaceful and people were mostly free to express personal views in public and privately without fear of retribution. However, history of violent police responses to social and political demonstrations has averted political participation by some local organizations and human rights defenders. In this way, corruption remains a serious, systemic problem for the country at all levels of the government, judiciary, and security forces, as well as in the private sector.

Most recent developments in the political scene have also put the country in a challenging position. In an attempt to stay in power, Medina is seeking to modify the country’s constitution in order to run for an unprecedented third term. According to the term limits stated in the Dominican constitution, President Medina is formally ineligible for re-election after a second-term in office. However, Medina`s political allies remain committed to removing this constitutional limitation. These efforts suffered a crucial defeat in September 2018, when an appeal against the relevant constitutional provisions was roundly rejected by the Constitutional Court[5].

In such a context where there is an increase in authoritarian patterns within the government, the country might face rather ineluctable consequences of economic devastation, domestic turmoil and political polarization. Recent poll suggested that 70 percent of the Dominican population opposes this constitutional reform by President Medina[6]. In addition, the survey also found that 56 percent of those interviewed stated that it is very unlikely that they will vote for the current president in case the Constitution is amended for a third term. Thus, certain features of the Dominican democratic political and electoral system which were developed and strengthened in the past run the risk of being undermined by the possibility of such an amendment. This would further result in the reawakening of authoritarian political leaderships in the future, whose politics have caused serious economic-societal issues in the past.

Amid increased threats to democracy in the Dominican Republic, the international community must demonstrate its commitment to defending democratic norms, political plurality and civil rights. The fact that a current President is attempting to change the constitution to prolong his term in office can have serious consequences to democratic developments in the country.

In this way, the Brussels International Center (BIC) is deeply concerned by the current political developments taking place in the Dominican Republic ahead of its 2020 elections. We note that the Dominican Constitution, as well as its regional and international standards, guarantees the basic democratic principles that allows for transparent and accountable elections and should continue this way. We urge the current Government to ensure the implementation of all relevant internal laws and legislations and avoid any amendments that would put in risk the democratic principles enshrined in the Constitution.

Finally, in view of the 2020 elections, the BIC recommends that: