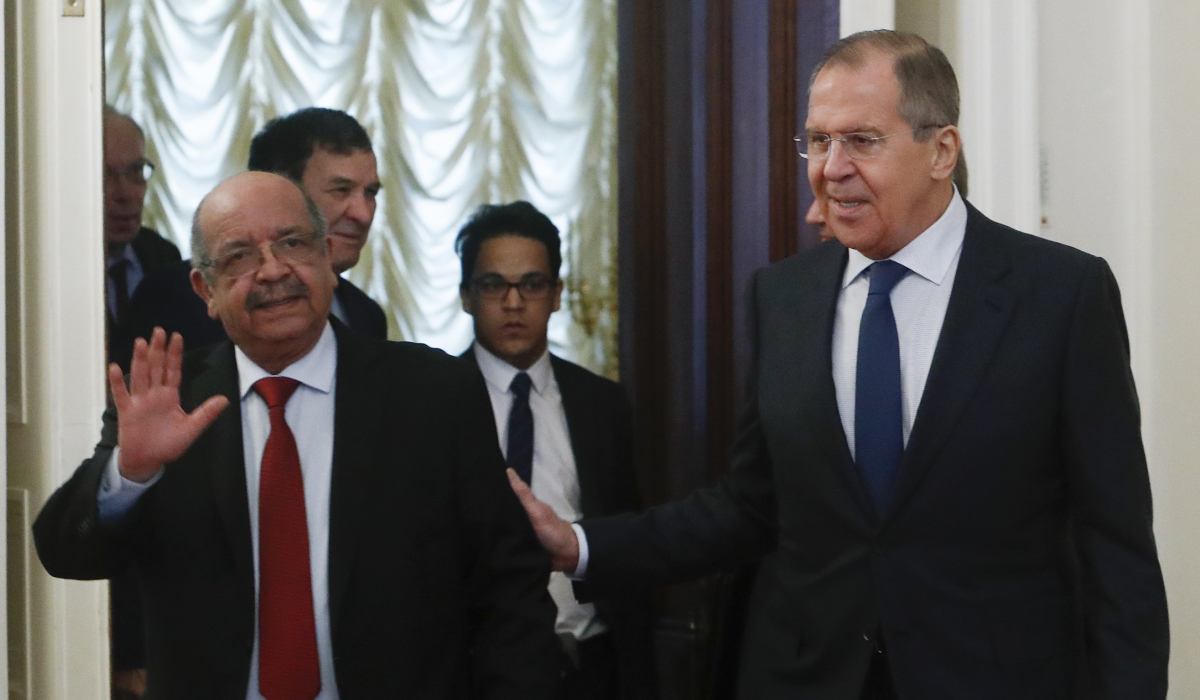 The Algerian and Russian strategic partnership went to a new level last January, putting new strategic areas of cooperation into the bilateral agenda. In a context of tense relations with Western powers, Russian efforts to increase its presence in a resource-rich and key international partner country have led to concerns that Algeria could align itself with Moscow’s foreign policy.

In late January, Algeria and Russia reaffirmed their willingness to move forward in their relations and cooperation during the 9th session of the Algerian-Russian Joint Economic Commission[1]. This session aimed to enhance bilateral cooperation and to explore new areas of cooperation[2]. Algeria is Russia’s first African customer in the field of arms sales, followed by Egypt, and the country has based its relationship with Russia upon it. The energy field was also in the bilateral agenda, even though the Russian Gazprom and Algerian Sonatrach are competing in the field of natural gas energy production in the European market[3]. Moscow-Algiers’s enhanced partnership, especially in the field of energy and security, is a proof of both Russia’s desire to expand its influence in the region, and of Algeria’s will to have a stronger weight on the international scene. These continuing efforts made by Russia, especially in the context of EU and US sanctions, also underline the Russian will to find new solid partnerships, especially in a country rich in natural resources. This paper will examine the content and evolution of the strategic partnership, before assessing the implications of such a partnership on Algeria’s foreign policy.

Since its independence in 1962, Algeria has sought partnership with the Soviet economic and political system[4]. Algerian relations with the USSR (Union of Soviet Socialist Republics) were mainly revolved around military cooperation, including arms sales. This was the result of the reluctance of Western countries to deliver desired weapons[5]. From 1962 to 1989, Algeria spent about $11 billion dollars in acquiring some of the most modern Soviet armaments, including aircraft, tanks, various ships, small arms and ammunition[6]. However, Russian-Algerian relations slowed down for a decade after the collapse of the Soviet Union and the civil war that Algeria experienced in the 1990s. But, when Abdelaziz Bouteflika became president of Algeria in 1999, the two countries strengthened their relations under the presidency of Vladimir Putin[7]. As a result, Russia was able to expand its political and economic presence in the Maghreb and to redefine its foreign policy in North Africa. This also allowed Algeria to put an end to its international isolation since the civil war and to establish itself on the regional and international scene[8].

During his official visit to Russia in 2001, President Bouteflika signed two important documents aimed at boosting and strengthening cooperation between the two countries: an agreement between the Ministries of Defense and a declaration of a strategic partnership, the first treaty of this type signed by Russia with an Arab or African country[9]. After thirty years without a visit of a senior Soviet official in Algeria, Vladimir Putin visited Algiers in 2006. During this visit, the Algerian debt was cancelled ($4,7 billion)[10] and a series of economic cooperation agreements were signed[11]. This debt dates to the period when the USSR helped the countries which were part of its ideological bloc. Algeria had already repaid part of its Soviet debts by sending, free of charge, food and sanitary products to Russia at a time when the latter was in a difficult economic situation[12]. In addition, in August 2006, the Russian gas company, Gazprom, and the Algerian company, Sonatrach, signed a memorandum of understanding which raised fears regarding a potential gas price increase[13]. Since then the two countries have met several times in the context of the strategic partnership and accelerated their cooperation.

Thus, this new partnership contrasts with that of the 1990s, which was marked by a significant weakening of the Russian presence in the region[14]. Russia experienced a deep financial and economic crisis, which deprived the country from conducting concrete actions in North Africa. This is in sharp contrast with the Soviet actions in the region during the Cold War, when the USSR worked towards the promotion of an ideological, economic and military influence[15]. Thus, when Russia emerged from the economic crisis in the mid-2000s, Moscow worked to increase and establish its presence in the region[16]. For instance, Russia obtained the status of observer in the Organization of Islamic Cooperation in 2007[17].

Algeria-Russia Relations: The State of the Art

Today, Moscow and Algiers are based on an important military cooperation and energy agreement, which the two countries are strengthening at a time when the global energy market is changing[18]. On 23 January, upon invitation from his Algerian counterpart, Sergueï Lavrov, the head of Russia’s diplomatic corps, came to Algiers for two days. On this occasion, Sergueï Lavrov announced that this visit was part of the effort to coordinate their efforts and actions in the field of energy[19]. This visit highlighted Moscow’s willingness to enhanced economic partnership with Algeria and to remain a key actor in North Africa. According to Sergueï Lavrov, trade with Algeria has already exceeded $4,5 billion[20]. In addition, the Russian minister announced that he was ready to discuss with his Algerian counterpart the possibility of a visa abolition for holders of ordinary passports[21].

This visit was followed by the 9th session of the Algerian-Russian Joint Economic Commission on January 28-30, which is part of the ongoing political dialogue between the two countries since the signing of the joint declaration on the Strategic Partnership between Algeria and Russia in 2001[22]. On this occasion, the Russian Minister of Energy, Alexandre Novak announced that the two countries could agree not only on a potential launch of joint projects in cybersecurity and telemedicine but also on wheat deliveries[23]. Furthermore, the two countries explored new areas of cooperation, such as cybersecurity[24]. The 9th session of the Algerian-Russian Joint Commission for Economic, Commercial, Scientific and Technical Cooperation concluded with the signing of a Minutes of the Meeting containing recommendations for strengthening bilateral cooperation[25]. Finance Minister Abderrahmane Raouya and Russian Energy Minister Alexandre Novak, co-chairs of the Joint Commission, signed the minutes of the session, which include several multi-sectoral recommendations for the development and strengthening of bilateral cooperation[26]. In this context, meetings will be organised in a regular manner in order to discuss further cooperation opportunities[27]. This 9th session thus confirms the close partnership between the two countries, which highlights the continuing efforts of Moscow to re-establish itself in the region and to become a powerful global power.

North Africa represents a new strategic partner for Russia, as a way to sidestep EU and US sanctions following its actions in the Balkans[28]. These continuing efforts made by Russia in Algeria, especially the fact that Russia cancelled a large part Algeria’s debt, translates a real desire to increase its influence in the region and to push forward its economic interests in terms of trade, military and defence services in an effort to become a regional key actor. It is true that, because of EU conditionality and Western reluctance to provide weapons, this led Algeria to look for new partners. And although Moscow has worked towards building closer economic and diplomatic ties with Algiers, making it its strategic partner on the African continent[29], the latter has always reacted against any foreign interference into its internal affairs[30].

Furthermore, Algeria is seeking neutrality in the conduct of its foreign policy. This allows Algeria to establish economic and diplomatic relations with the United States of America, the EU, China and the Russian Federation. Indeed, Russia still struggle to compete with the EU and China, which both remain very active in the region. For instance, despite its close relations with Gazprom, Algeria exports 80% of its gas to Europe[31]. And, while EU-Russia relations have been complicated over the past decade, the Algerian government refuses to be involved in one way or the other. Another example is the recent establishment of the Algeria-Ukraine friendship parliamentary group, which aims to raise bilateral cooperation at the highest level[32]. Additionally, Algiers and Washington recently reinforced bilateral cooperation, especially in the field of security[33]. Thus, although the strategic partnership with Moscow is a clear example of Algeria’s commitment to the country, it does not seem to take any position regarding Russia, preferring to remain a neutral international actor in an effort to preserve its relations with Western powers[34]. This can be seen as a geostrategic posture adopted by Algiers, especially in the context of an uncertain presidential election.

Following the resignation of Abdelaziz Bouteflika to run for a fifth mandate[35] and considering the new area of cooperation with Moscow mentioned above, the future will tell whether the next Algerian president will follow the same line of conduct: to pursue a foreign policy of neutrality, and to continue its efforts to make Algeria a strong regional and international actor. 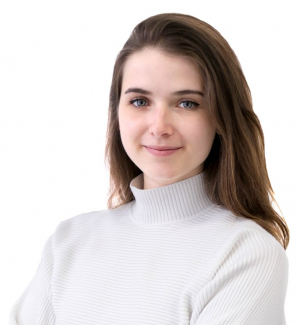