IRAN: The Biggest Threat to its Survival Comes from Within 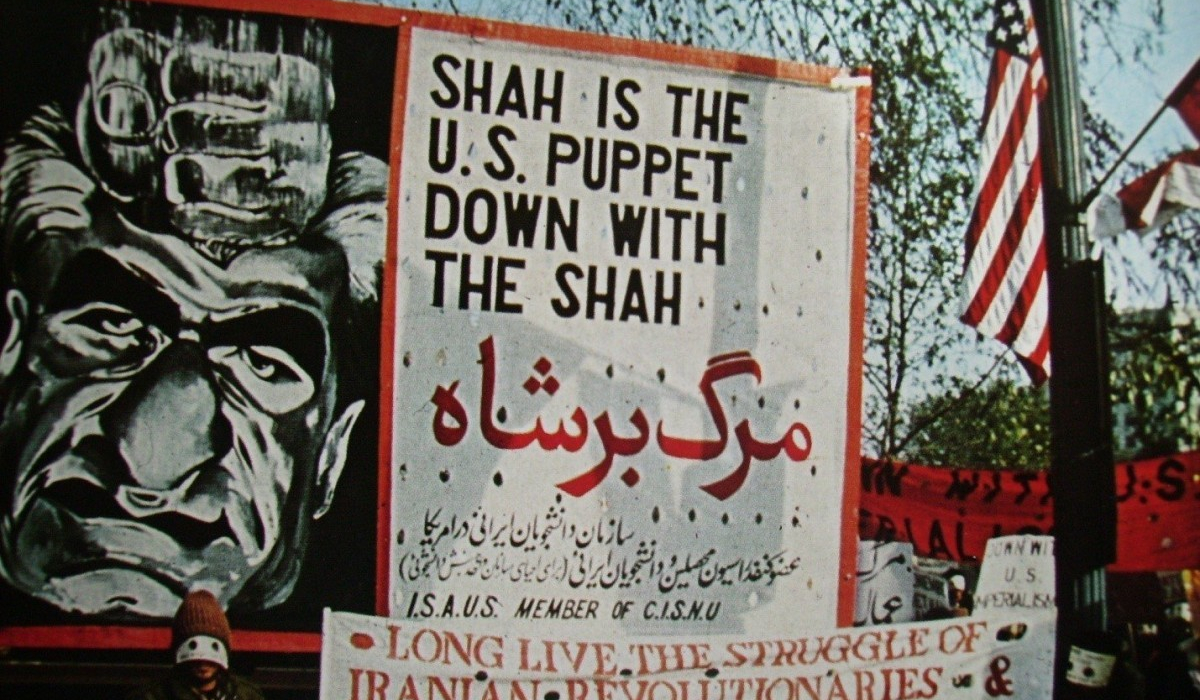 IRAN: The Biggest Threat to its Survival Comes from Within

The conflicts in the Middle-East, from Syria to Yemen, are increasingly perceived in both power politics and sectarian terms: as proxy clashes between hegemonies for the regional power balance, but also as fixed struggles for survival. The weakening of the Arab states, both in economic and political terms, has played a relevant role in the creation of battlefields and instability. But regardless of where their political spectrum stands, it is the regime survival that plays a major role in extending and perpetuating conflicts elsewhere; a sense of insecurity and encirclement, rooted in the events of the 1979 Revolution and the traumatic Iraq-Iran war, that has led the Persian theocracy to prioritize its involvement in fixing proxy wars, building a network of partners to contain external threats.

In most cases, rivalry in the Middle-East is no longer an intra-state contest, but is rather framed as a new cold-war between  regimes, where authoritarian governments, such as the Islamic Republic of Iran, attempt to grasp and influence politics in their favor. The fact that these proxy conflicts are presented by Iran in increasingly sectarian terms threatens to add another dimension into the regional dynamics, profiling the clashes within smaller countries as an identity and ideological struggle. In this way, Iran hopes to leave its national imprint on the political Islamist movements in the region, directly or through the support of local forces, determining the course of events in Syria, Iraq and Yemen, while also strengthening its sphere of influence in the wider region, guaranteeing above all its perpetuation.

There are a number of characteristics identified that portray the conflicts in the Middle-East as proxy warfare, partly sustained by third parties in their struggle for hegemony and survival. These pertain to the need for direct relationship of assistance (including funds, training, provision of military personnel to increase proxy forces), a common enemy, and a sustainable relationship between the proxy and the sponsor state as well as asymmetrical power[1].

Iran’s influence in the region is greatly measured in its ability to affect domestic political struggles in neighboring and fragile states, running from Syria to Yemen. In this sense, one of the keys of Iran’s role in proxy warfare is to be able to support non-state actors effectively in their domestic political battles within the weak states of the Arab world. Embellished in nationalism discourses, the regime attempts to break internal division and contradiction by providing an appearance of ‘closure’ or ‘unity’.

All of these factors that combine domestic conflicts, transnational affinities, regional state ambitions, and power survival, have added to an increasingly uncertain regional atmosphere. An atmosphere that is immersed with interventionism, opportunism and growing civilian casualties. Iran’s role in the Middle-East is transpiring in proximity with a region plagued with various conflicts. Due to its miscellaneous racial differences and, more importantly, religious sects divergences, the Middle East has a fertile soil that is prone to political contamination and dissension. With that being said, the dispute is accumulating and entangling predicaments on the region’s stability.

Hence, this paper attempts to shed a light on the contemporary proxy wars in the Middle East and scrutinize Iran’s involvement in the disputes. It argues that as long as Iran does not confront survival threats at the international level, nationalism and ideologically bound foreign policy will play a crucial role in the regime’s attempts for national survival and its involvement in proxy warfare can be interpreted as one of the major motives. This, on one hand, demonstrates how Iran’s involvement in warfare proxy in the Middle-East is bound by ideology of superiority and nationalism, while on the other hand, shows the state’s fragility in overcoming internal challenges and external threats.

Motives of Foreign Policy: domestic turmoil as the biggest threat for the survival of the regime

The meaning of a nation and the ideology created behind it is critical to its formation, sustainability, reinvention, and above all, survival. Tehran’s motives revolve around strategic defense, power ambitions and influence regional dynamics through proxies. From a purely realist security perspective, Iran’s top priority is the survival of the Islamic Republic while also trying to upgrade its status to a dominant power by demonstrating an ability to penetrate and influence various regional theatres.

Many scholars, journalists and political analysts have been trying to bring down the motives for Iran’s regional ambitions. From an Iranian symbolic perspective, perhaps more emotional reasons such as grievances over lost power and historical humiliations, external attempts for meddling in Iran’s internal state of affairs and the role of Israel and the US in the region have been among the elements that determine Iran’s behavioral role in regional politics. From the approach of its regional adversaries and geopolitical foes, Iran is an aggressive actor that saves no means to undermine its neighbors national political set up in a quest for regional hegemony, in cultural, religious, political or economic terms.[2]

Iran as a representative of the political elite. The approach that is taken in this series of analyses on Iran is that the internal state of affairs is a determination factor which defines Iran’s role in the regional political arena. In taking into account Iran’s ruling clerical elite as Iran’s main interest group, a thorough understanding of the troubles and motives of that elite is necessary.

Although the hybrid political structure of Iranian governance allows for a certain degree of democracy, the Council of Guardians are the final authority in Iranian politics and can veto legislative, judicial decisions, and policy set by any other departments of government. The Iranian clerical regime is losing legitimacy within the domestic context because of a diminished legitimacy out of public frustration of the rigidity of the political system and economic grievances. One way of addressing this lack of legitimacy is manipulating nationalistic sentiments and propagate uncertainty to create a demand for its services as a government, and in the process, fill the legitimacy void.[3]

The 21st century witnessed a major turning point of US foreign policy under both Bush and Obama administrations. In the aftermath of 9/11, USA, Iran’s arch enemy, presented it with two gifts by removing regimes in Iraq and Afghanistan that were hostile to both of them. Revolutionary guards made sure that Saddam and the Taliban were succeeded by Iranian allies. Iran’s influence grew steadily.[4] The international efforts in the struggle against ISIS, in addition to a partial lifting of the economic sanctions have created regional space to maneuver.  Iran backing Bashar Al-Assad’s government in Syria, Shia militias in Iraq, Hezbollah in Lebanon, in addition to limited ties to Houthi rebels in Yemen is a clear illustration of this increased level of Iranian freedom to meddle in its Arab neighbors affairs.[5]

The clerical regime is Iran’s main interest group. When talking about the survival “of the state as it is now” we have to take into consideration the preservation of their existence. In the past 38 years, the revolutionary circle has been quite successful in deploying a nationalist discourse that served that preservation both within and outside its borders.

The recent uprisings that occurred in various corners of the country illustrate the internal, social grievances, and the refusal of a significant part of the population to be exploited for an ideological cause that long ago lost its shine. The slogans shouted during these protests;

“We Will Die to Get Iran Back,” “Not Gaza, Not Lebanon, My Life Only for Iran,” and “Let Syria Be, Do Something for Me.”

indicated that Iranians are tired of paying the price for the regime’s efforts to remake the region in its own image and challenge American hegemony.[6]

Iranians are urging for national dignity from a regime that for too long has subjugated the people to its Shiite, revolutionary mission. It seems that the biggest threat to the regime comes from inside. Iranians whose daily lives were marked by poverty, repression, and isolation from the rest of the world saw their national wealth squandered in Arab wars that didn't concern them. The Iranians are tired of the repression and the widespread corruption of its leaders. They are making it clear that they will no longer blindly follow the ruling elites. 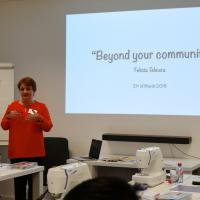 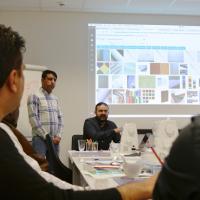 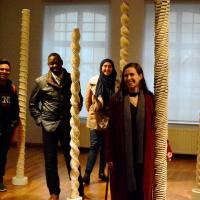 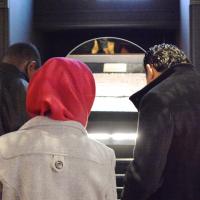 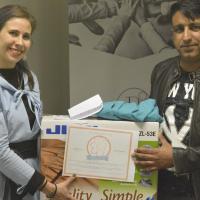 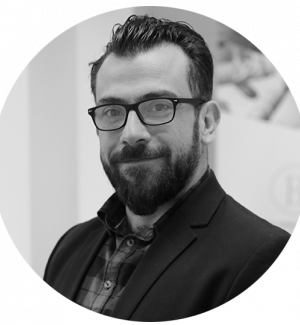