Tunisia’s 2019 Presidential and Parliamentary Elections: An Anti-Establishment Ballot and a Crumbled Political Landscape 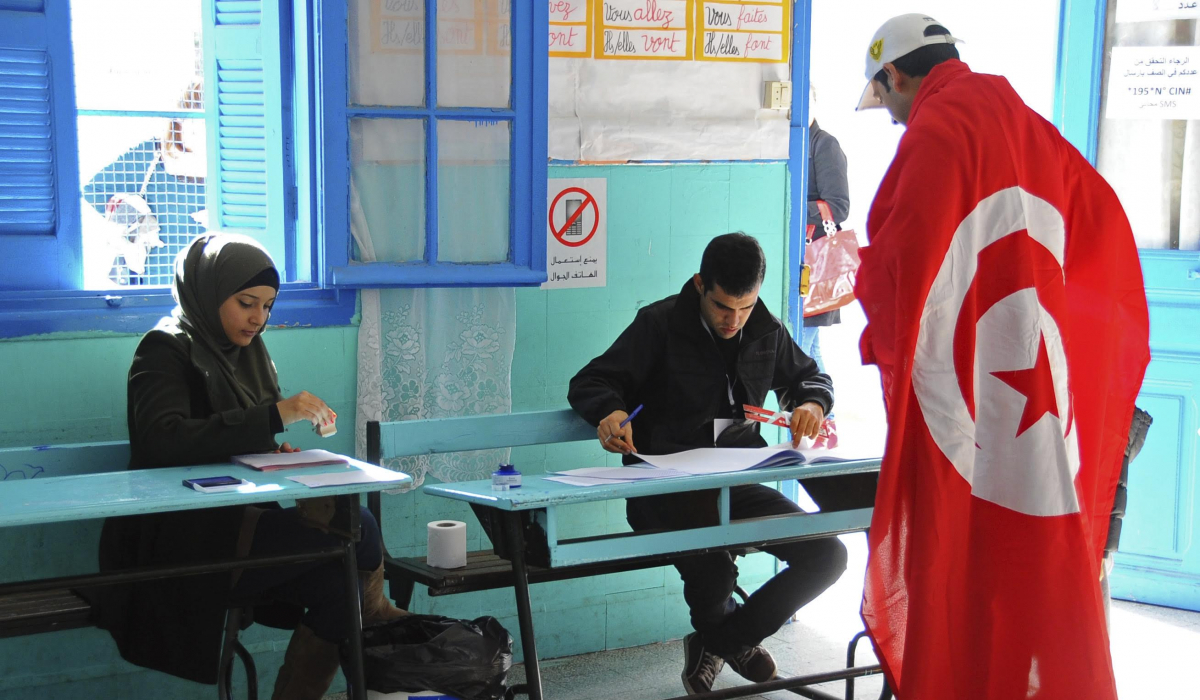 Tunisia’s 2019 Presidential and Parliamentary Elections: An Anti-Establishment Ballot and a Crumbled Political Landscape

On the night of the 15th of September, the results of the first round of the second post-2011 presidential elections in Tunisia started to emerge. On the 6th of October, Tunisians voted to elect a new parliament. Awaiting the second round of presidential elections taking place on the 13th of October, this paper will attempt a primary analysis of the profound changes the latest ballots’ results will have in the country’s political scene and its consequences on Tunisia’s upcoming five years.

The two front runners of the first round are the constitutional law professor Kais Saied with 18.4% of votes, and the businessman and owner of Nessma TV, Nabil Karoui, with 15.58% of votes.[1] The two finalists have contrasting personalities and platforms, indicating a polarization in the electorate’s priorities. The unexpected rise in power of Saied as well as the imprisonment of Karoui – freed on the 9th October[2] – render these elections ‘exceptional’.

Kais Saied, a constitutional law professor at the University of Carthage in Tunis, remains a puzzling character. He seems to represent the traditional “professor figure” in the popular psyche, leading what could be qualified as a “banal” lifestyle, similar to that of an average Tunisian.

Saied’s style is evidently unique. He expresses himself in an extremely formal, almost robotic manner. His campaign went off the radar, relying on volunteers and his own modest resources[3]. His media appearances have been scarce, his program is rather vague, and perhaps most importantly, his ideological standpoint is ambiguous, some considering he is close to the Islamic mouvance, others stating he can be assimilated to anarchist leftist tendencies[4]. Per instance, his proximity to Ridha Mekki, known as Ridha “Lenin”[5] – a known leftist figure in Tunisia’s 1980s university campuses – contrasts with Saied’s conservative standpoint towards certain controversial social topics, as the depenalization of homosexuality or equality in heritage[6], contributing to casting a doubt on the candidate’s genuine positioning within the socio-political spectrum. Not inscribing himself in any radical stance, Saied seems to follow the Tunisian tradition of reformist conservatism.

Kais Saied maintains a narrative that embraces the revolution, having participated in the first Kasba sit-in, during which young people from Tunisia’s interior regions gathered before the prime minister’s office in El Kasba to call for social justice, development projects and employment.[7] He has advocated for the literal application of the constitution, which he wants to modify later on, calling for the creation of the constitutional court and the independence of the justice system. He holds a decentralized vision of the State, per instance through his proposal of replacing legislative elections by the election of local representatives that would then each elect a regional representative at the parliament.[8]

Saied’s rare media appearances cultivate the mystification surrounding his persona. His distrust towards the press is clear in the pattern he undertook after the first round’s results. He refused to give interviews on national television channels or radio stations, rather agreeing to speak to international media such as France 24[9]. His perception as an “incorruptible” figure seems to be his main campaign strategy.[10] On the official website of his candidacy, he announced he will not be conducting a presidential campaign for the second round of elections, for the sake of the highly debated “equality of chances” between him and his formerly jailed opponent.[11] While some saluted this initiative, some perceived it as additional evidence of the vagueness of his program. This should, however, change considering Nabil Karoui has been freed.

Following his arrest on the 23rd August on accounts of fiscal evasion and money laundering amidst the campaign for the first round of elections[12], Nabil Karoui has been at the heart of domestic drama. His detainment relaunched a controversial debate surrounding the independence of the judiciary branch and its alleged instrumentalization by the government, as Karoui was perceived as the main opponent of Youssef Chahed, the head of government and former presidential candidate.[13]

On the other end of the spectrum from Kais Saied, Karoui has been at the heart of the system for decades. He is a well-known businessman, CEO of Karoui & Karoui World and a television mogul involved in politics for years.[14] Karoui was one of the founding members of Nidaa Tounes alongside Beji Caid Essebssi, his communications firm having been crucial in Nidaa’s campaign[15]. Karoui later became a member of the party’s executive board before leaving in early 2017.[16] He also engineered the famous Paris meeting between Essebssi and Rached Ghannouchi, Ennahdha’s leader.[17] Nabil Karoui has been publicly working on his campaign for years, primarily through the creation of a charity, “Khalil Tounes”, following the death of his son Khalil Karoui. The charity, created in 2012, has a large outreach and a strong network of sponsors, providing social services through intervening on four axes: healthcare, education, employment and housing[18]. Broadcasted through his popular television channel Nessma TV, Nabil Karoui has a significant platform on which he marketed himself as a modern Good Samaritan, although many accused him of “charity-business”.[19] The recent document that has emerged on the U.S. justice department’s website regarding a deal[20] between Karoui and an American lobbying firm equating one million U.S. dollars is evidence of the significant amounts invested in the campaign by the candidate. The lobbying company Dickens & Madson Canada Inc was contracted by Karoui on the 19th of August 2019 – a few days prior to Karoui’s arrest – to “lobby the institutions of the governments of the United States, the Russian federation, the European Union, the United Nations and other mutually agreed upon country or countries as well as international organizations and NGOs {…} for the attainment of the Presidency of the Republic of Tunisia {…}”. Beyond the issue of the limit imposed on campaign spending by the Independent Hight Authority for Elections (ISIE), the revelation started an ethical debate in the country.[21]

Segregation Of Votes By Categories: Who Voted For Whom?

Analyzing the votes per category demonstrates some interesting trends. According to Sigma Conseil, the majority of young voters between the age of 18 and 25 voted for Kais Saied (37% against 8.7% for Nabil Karoui).[22] Nabil Karoui gathered more votes (19.9%) from middle-aged voters between the ages of 46 and 60 than Kais Saied (10.3%).[23] The older the voters, the more popular Nabil Karoui is (25.4% of voters beyond the age of 60 voted for him).[24] This is consistent with Nessma TV being the most viewed TV channel by Tunisians beyond the age of 50, according to the channel’s statistics from February 2019.[25]

Voters’ education level equally played a crucial role in the choice of candidates: 40.8% of people who have never attended school voted for Nabil Karoui, while only 7.6% of them voted for Kais Saied.[26] Tunisians who only received primary school education voted by 29.1% for Nabil Karoui, while 12.3% voted for Saied.[27] The trend is reversed when higher levels of education are attained: 20.6% of voters who received secondary education voted for Saied, against 14.2% for Karoui[28]. Regarding citizens who have received a certain university education, the difference is sharper as 24.7% voted for Saied while Karoui’s percentage from votes in this category does not appear on Sigma’s top five.[29]

There is also a sharp geographic segregation of votes: the north-west of Tunisia, Tozeur and the capital Tunis voted for Nabil Karoui. The north-east of the country, with the exception of Tunis, as well as the center, voted for Kais Saied.[30]

Some analyses that directly followed the first round’s results presumed the majority of Saied’s electorate is conservative while Karoui was intended to gather the biggest part of progressists’ votes. The following graphics demonstrate these initial premises were wrong. The same number of Ennahdha voters in the 2014 legislative elections voted for both candidates. However, the majority of new voters, either new-time voters or newly-registered, voted for Kais Saied.

The Legislative Elections: No Clear Majority, Abstentionism as the Major Trend

The anti-establishment tendency seems to have been confirmed in the legislative ballot as well. While some traditional political ideologies will be underrepresented or utterly absent within the new parliament, other forces that have emerged in the past few years quickly gained popularity and gathered an impressive number of votes. The top five parties that received the largest amount of votes – with the exception of Ennahdha – did not exist in 2011.

Ennahdha and Kaleb Tounes, the two winning parties, did not totalize the required 109 seats in order to obtain the absolute majority in parliament, which renders their victory insufficient to form a government, even in case of alliance between the two.[31] This could lead to three scenarios: the first one is a counter-nature alliance similar to the one between Ennahdha and Nidaa Tounes in 2014 that risks alienating voters and paralyzing the country for another five years. In case no alliance is reached between the five first parties or coalitions of these elections (which some like Attayar[32] and Tahya Tounes[33] already announced they will be in the opposition), Tunisia will be forced to organize new legislative elections in early 2020, which implies the country will have no government for months. There could also be an agreement around a government of technocrats, similarly to Mehdi Jomaa’s government in 2014, which proved to be of mitigated success in the past.

The weak majority that emerged from the legislative elections seems to have benefited from the results of the first round of presidential elections. Although the 2014 constitution has clearly defined a semi-parliamentarian regime, the sudden death of former president Beji Caid Essebsi has redefined the electoral timetable, placing the legislatives between the two presidential rounds, thus reinforcing a “Fifth Republic” logic among Tunisians. Consequently, people seem to have voted for political parties that have explicitly endorsed one of the two presidential front-runners.

In all cases, some important conclusions can be derived: Ennahdha, although still first, lost more than half of its seats in parliament between 2011 and 2019[34]; the “progressist” family is more disunited than ever; and Tunisians, with a participation rate estimated at 41,3%[35], are either decreasingly interested in politics or increasingly dissatisfied with the political offer, although some categories of voters are more affected by abstentionism than others. The official figures provided by the ISIE until 2.30 PM on October 6th indicate an unbalanced gender participation rate, 64% men compared to 36% women[36], and an extremely low participation of young Tunisians, with the turnout of voters between the ages of 18 and 25 estimated at 4.5%[37]. 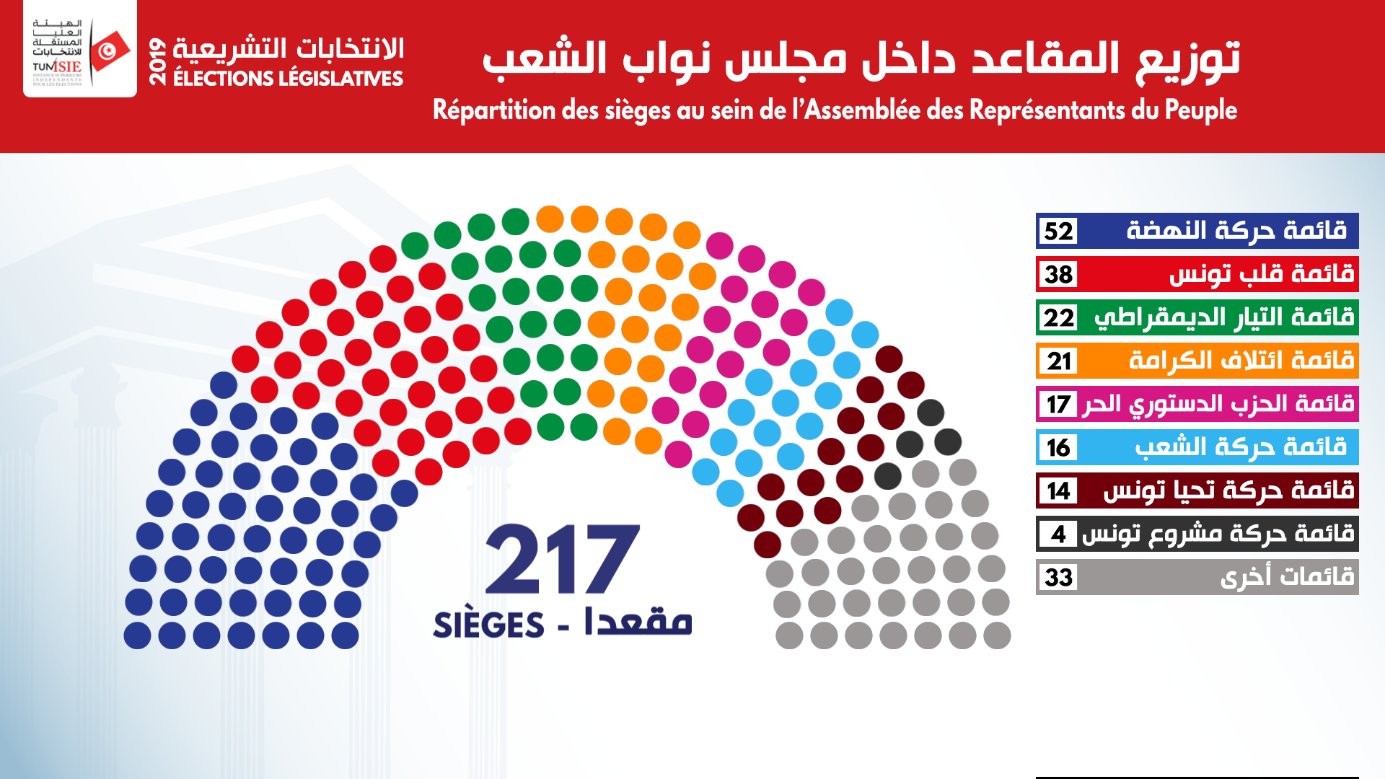 What is the Next Step?

Tunisians will democratically elect their new president on Sunday the 13th October. The 11th of October, the first-ever second round presidential debate will be broadcasted on national television[39] between two candidates holding radically different styles and projects. Although very scarcely debated during the campaign, the new president’s priority will have to be the worsening economic hardship of a large number of Tunisians and the country’s growing debt. 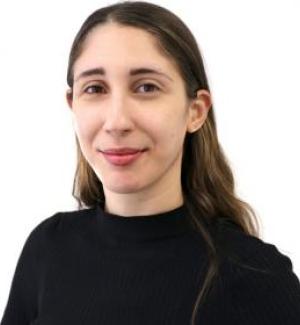