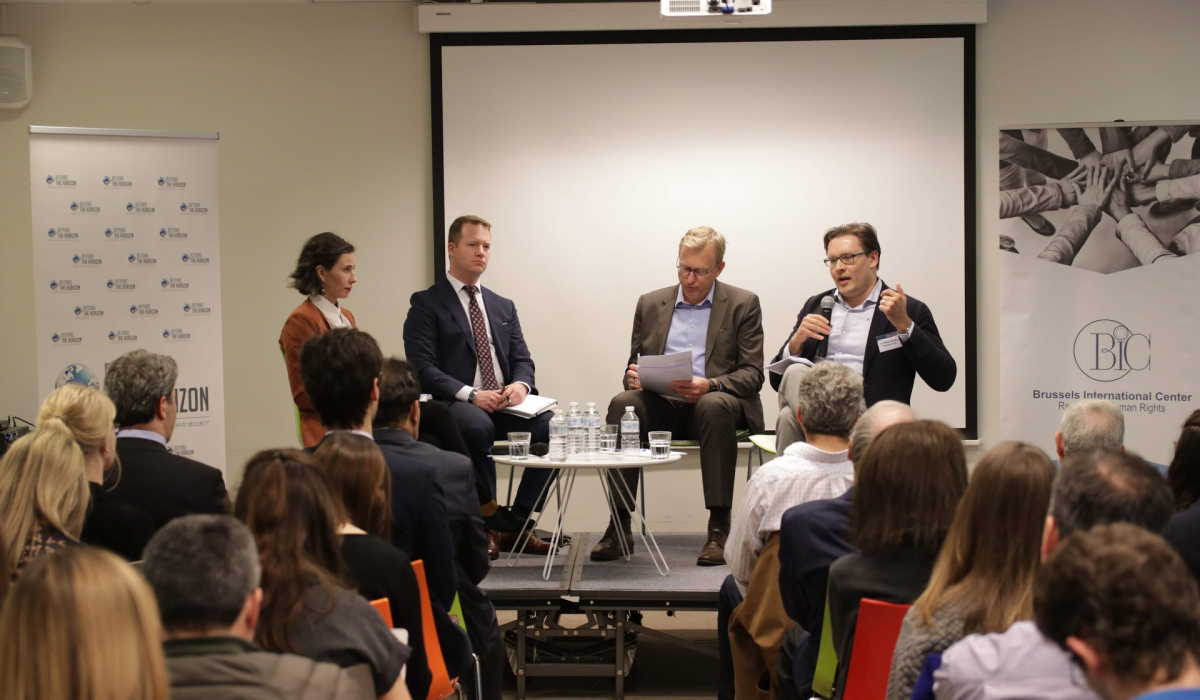 Hosted by Brussels International Center, in partnership with Beyond the Horizon on 4 April 2019

On April 4, NATO will mark the 70th anniversary of the signing of the North Atlantic Treaty. To commemorate this milestone, the Brussels International Center, in partnership with Beyond the Horizon, held a panel discussion on NATO's evolving role in international security, and how to strengthen its capabilities to respond to 21st century challenges. The event brought together experts from think tanks, universities and international organizations, including keynote speakers from the Centre for European Policy Studies, the European Parliament and Harvard University and was moderated by the BIC. The discussion considered not only how to strengthen the NATO`s competitive advantages, but also explored avenues for a broader strategies to enhance its global operations and capacity.

The event was moderated by Ms. Kate Jackson, BIC's Project Manager, who reiterated the organization's key role in developing innovative policies to respond to conflict and crisis world-wide. In her opening remarks she highlighted that the problems facing the modern defence and security communities require multifaceted approaches. This point was then echoed throughout the rest of the event.

Dr. Nickals Novaki MEP (EPP) opened the discussion panel by providing an overview of the conflicts in Ukraine and Russia's interventionist approach in the wider region. Highlighting other specific challenges to NATO, such as the issue of hybrid threats, China's global power and a weaker transatlantic relations, Dr. Novaki stated that today`s challenges are more structural, which means that a more integrated approach is needed.

Following the opening remarks, Professor Seth Johnston from Harvard University and author of `How NATO adapts`, provided an unique analysis of NATO's evolutionary development and proposed a theoretical framework explaining how NATO adjust to new contexts. “The environment of which NATO was born is drastically different than what it began. The threats have changed, and NATO adapts to these changes”, stated Prof. Johnston. Put differently, nearly every aspect of NATO―including its missions, functional scope, size, and membership―is profoundly different than at the organization’s founding. According to Prof. Johnston NATO adapts to the critical junctures as a results of the alliance’s own bureaucratic actors who have played important and often overlooked roles in these adaptations.

Finally, Professor Steven Blockmans, Senior Research Fellow and Head of EU Foreign Policy Unit at CEPS, made a comparative presentation between the EU and NATO and how these two structures interact with one another. According to Mr. Blockmans, the EU and NATO’s goals have recently aligned in a number of areas, including conflict sensitivity, local ownership in crisis response and by upholding organizational values. Mr. Blockmans also added that a current challenge faced by NATO and the EU is the rise of liberalism and autocracy within Member States, especially in Poland and Hungary.

The discussion finished with an insightful questions and answer session where participants contributed to the panel by highlighting specific points worth considering. At one point the moderator even took it upon herself to reiterate a poignant question from one of the event attendants relating to how, outside of civic education, can youth and youth oriented organizations   become more engaged with these important institutions, and have their views be present during the decision making process. Other questions explored the progress of the latest strategy to include more women in the peace and security process, and our panelist’s views on the challenges that the Turkish bottleneck poses to NATO. 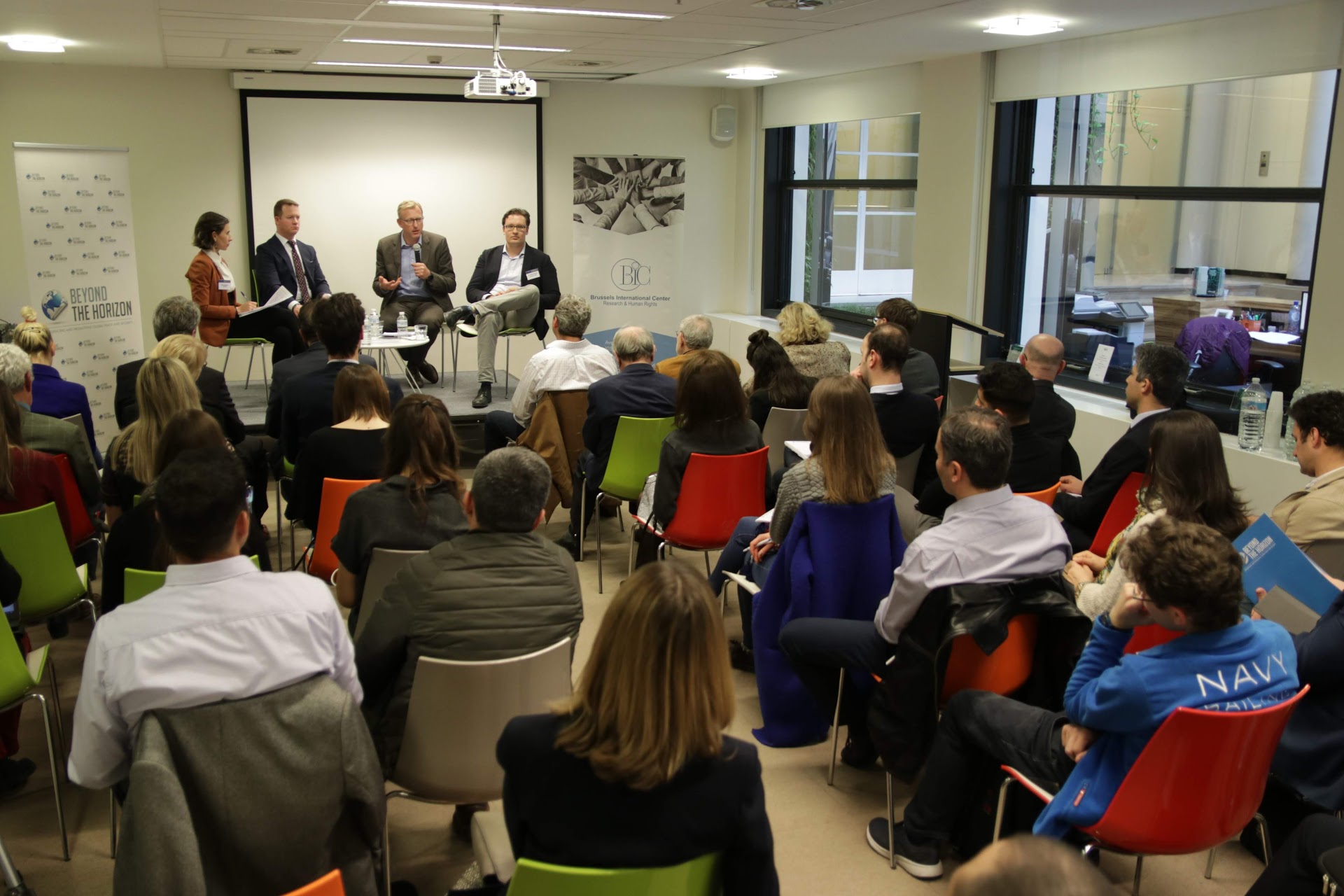 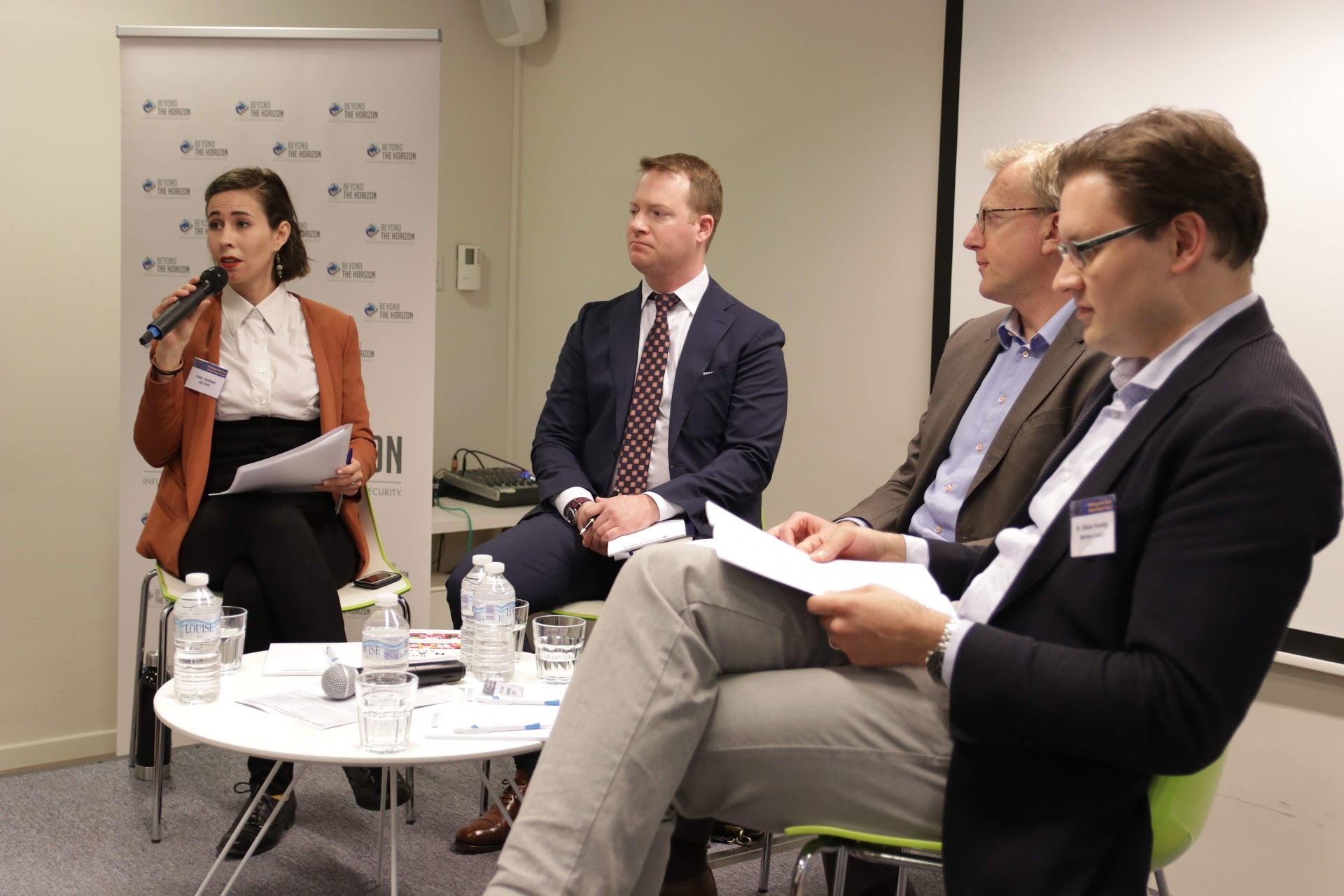 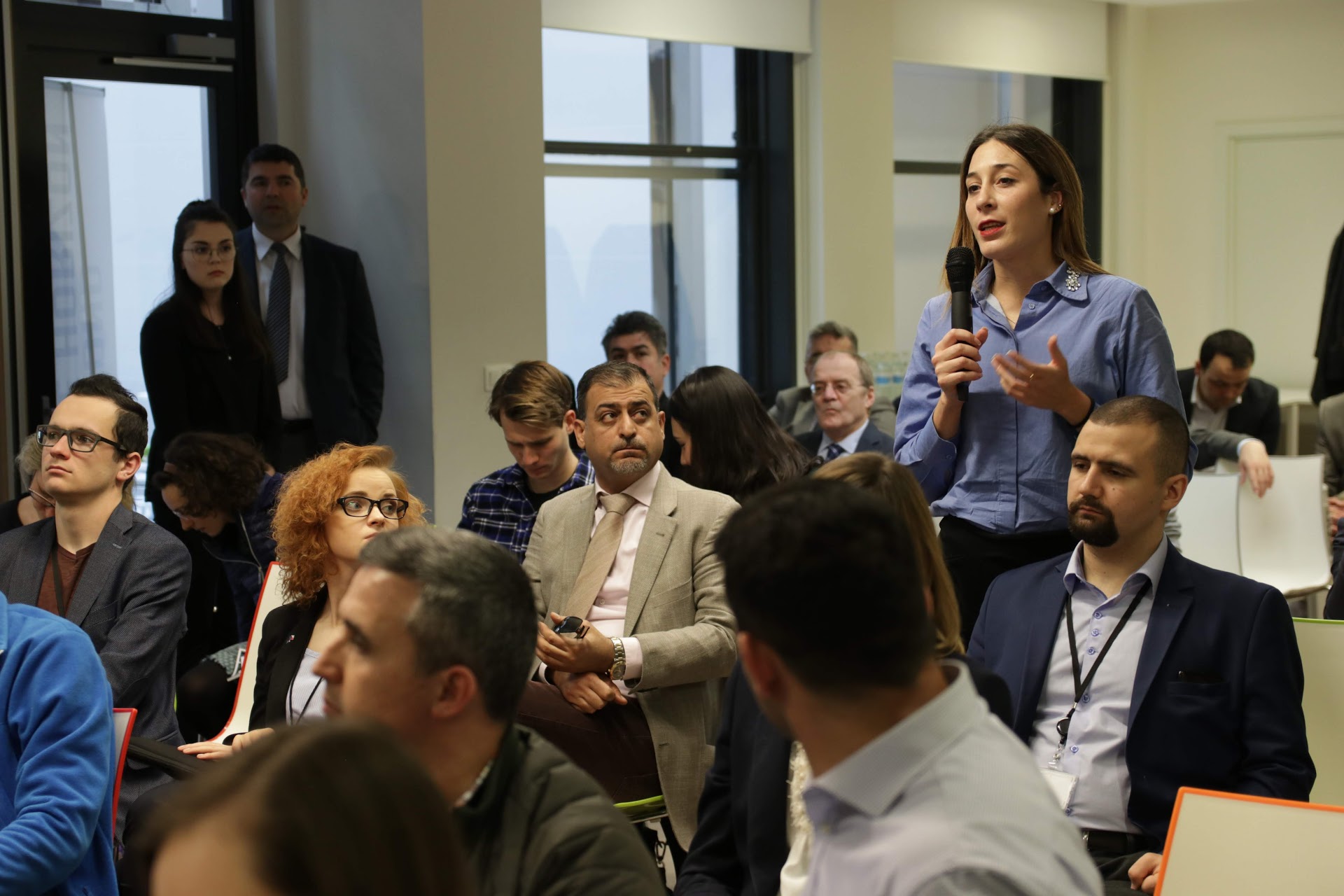 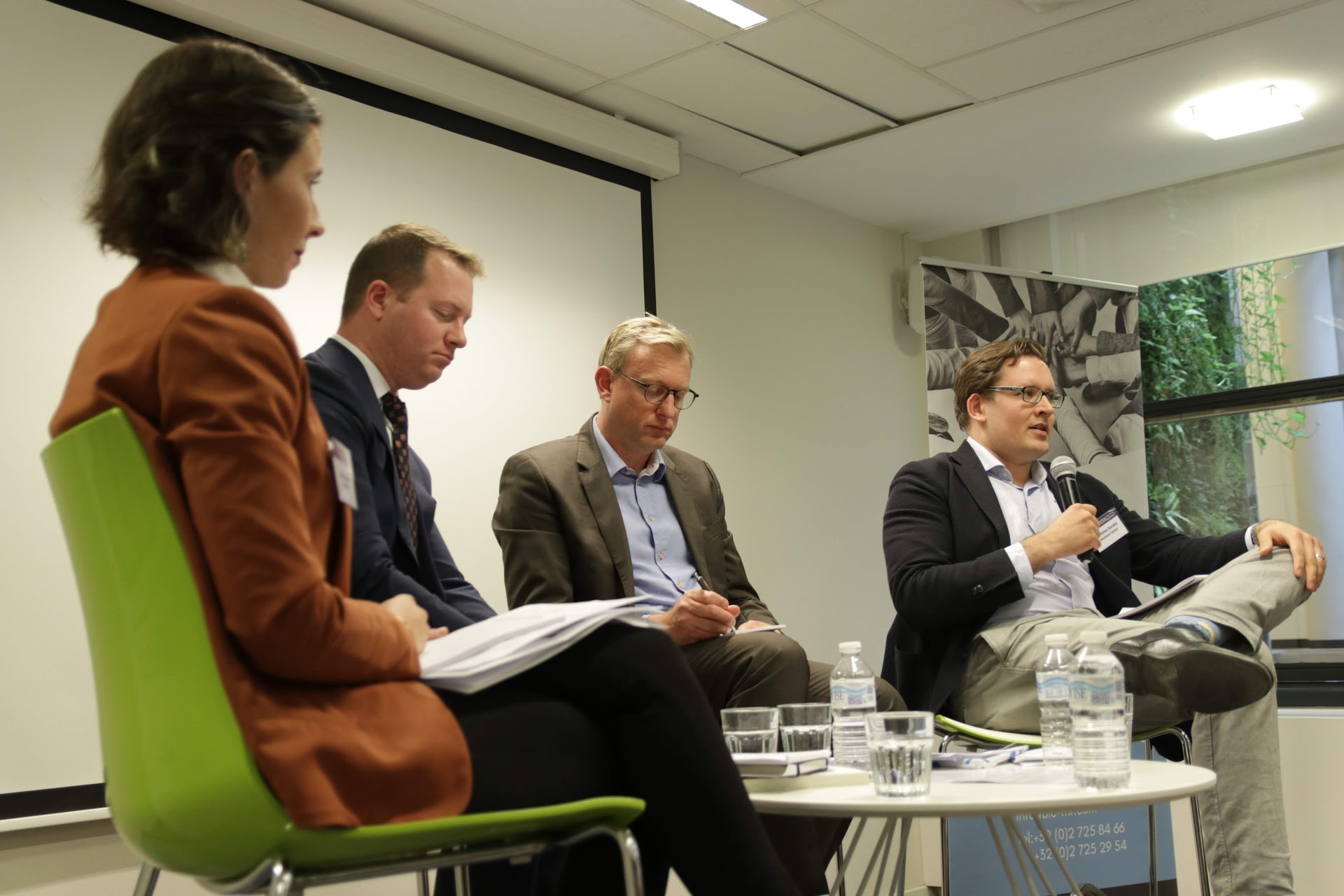 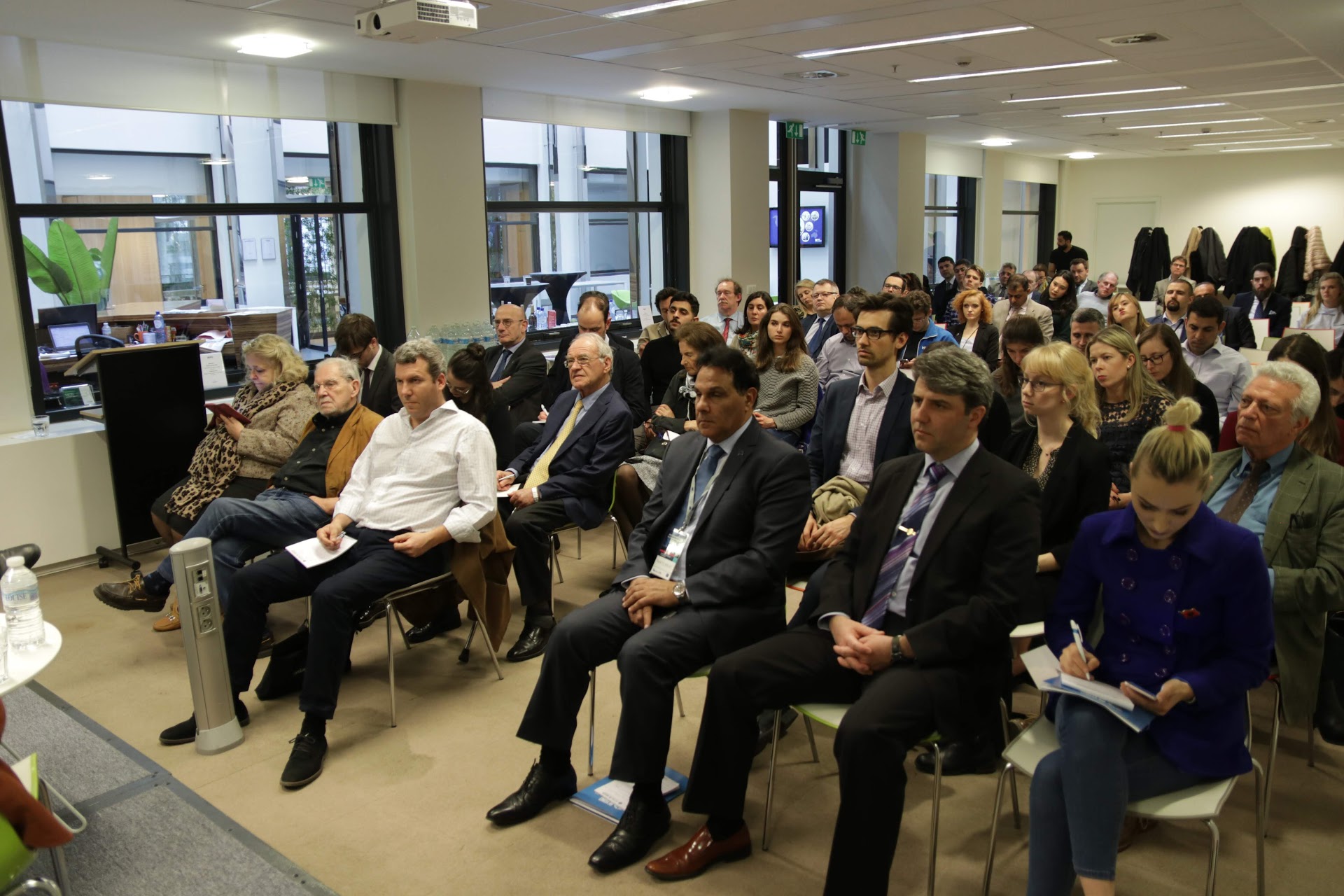 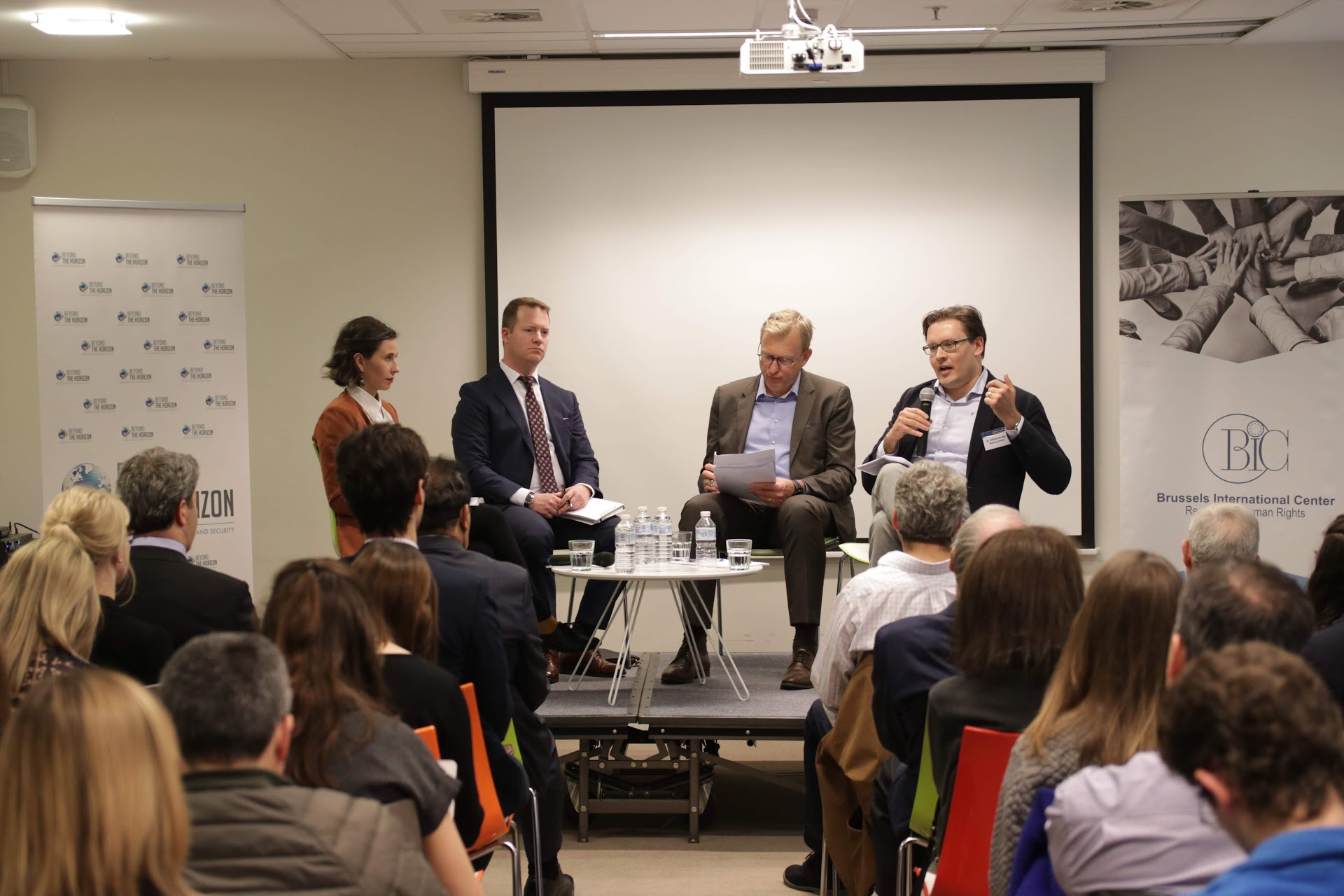 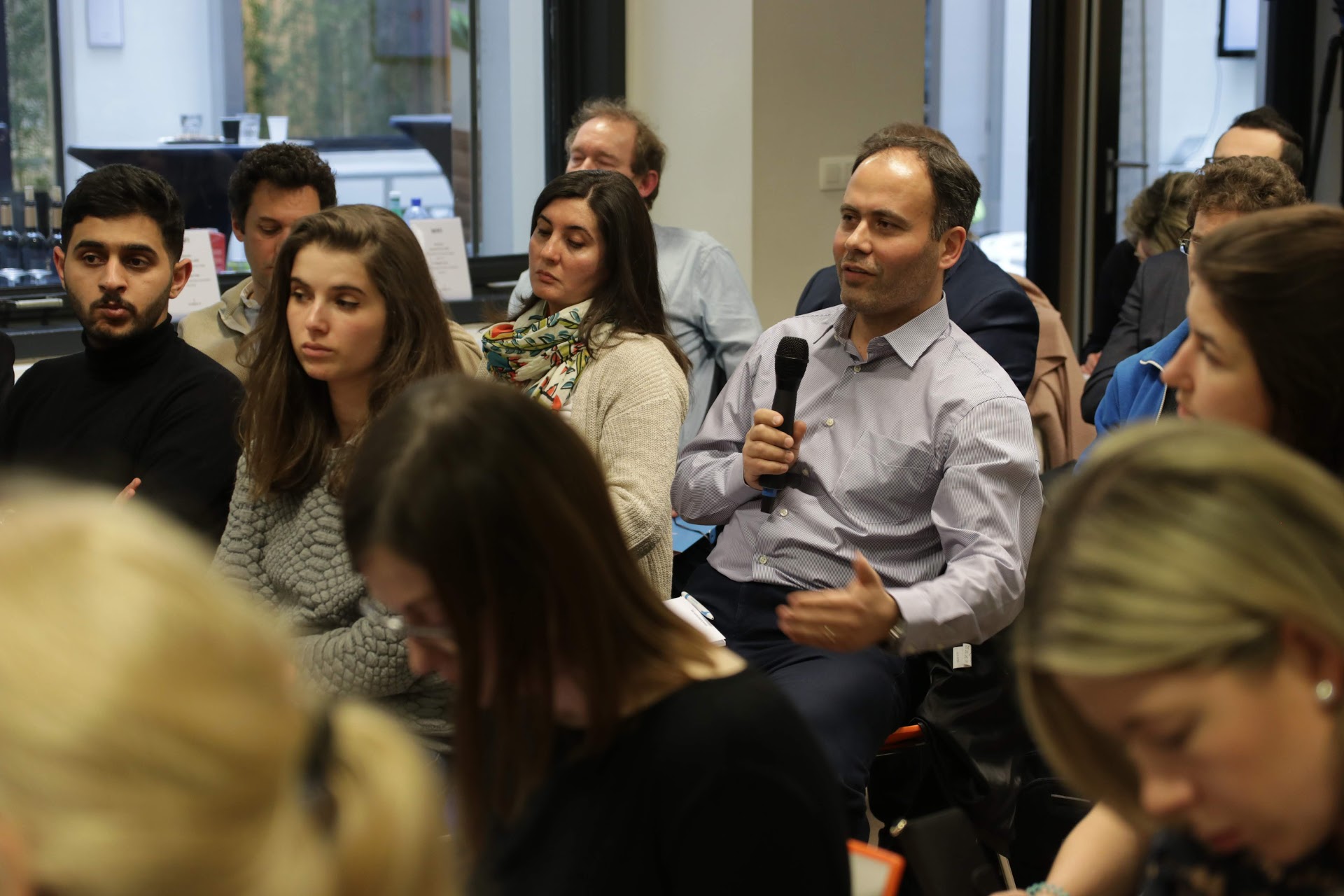 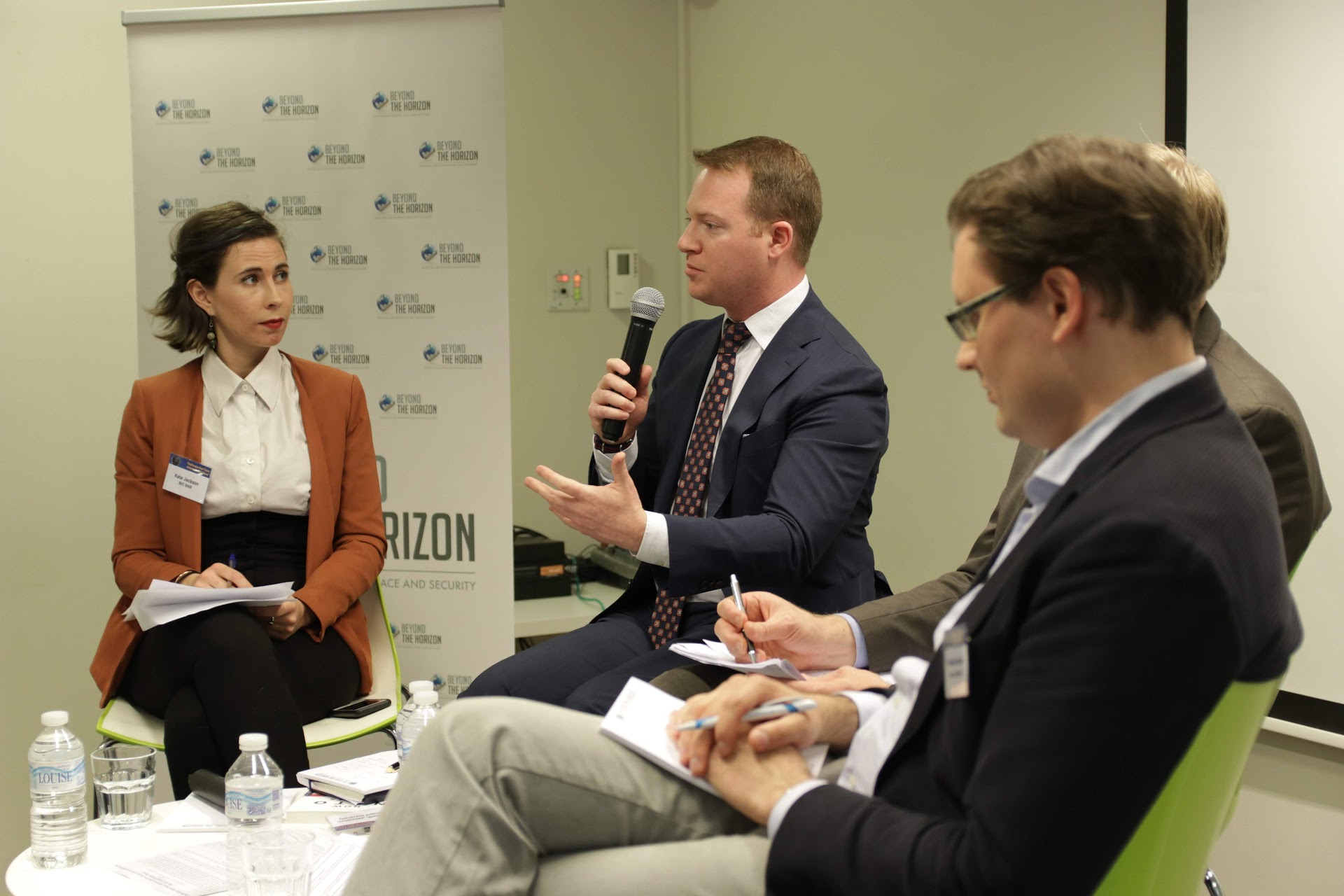