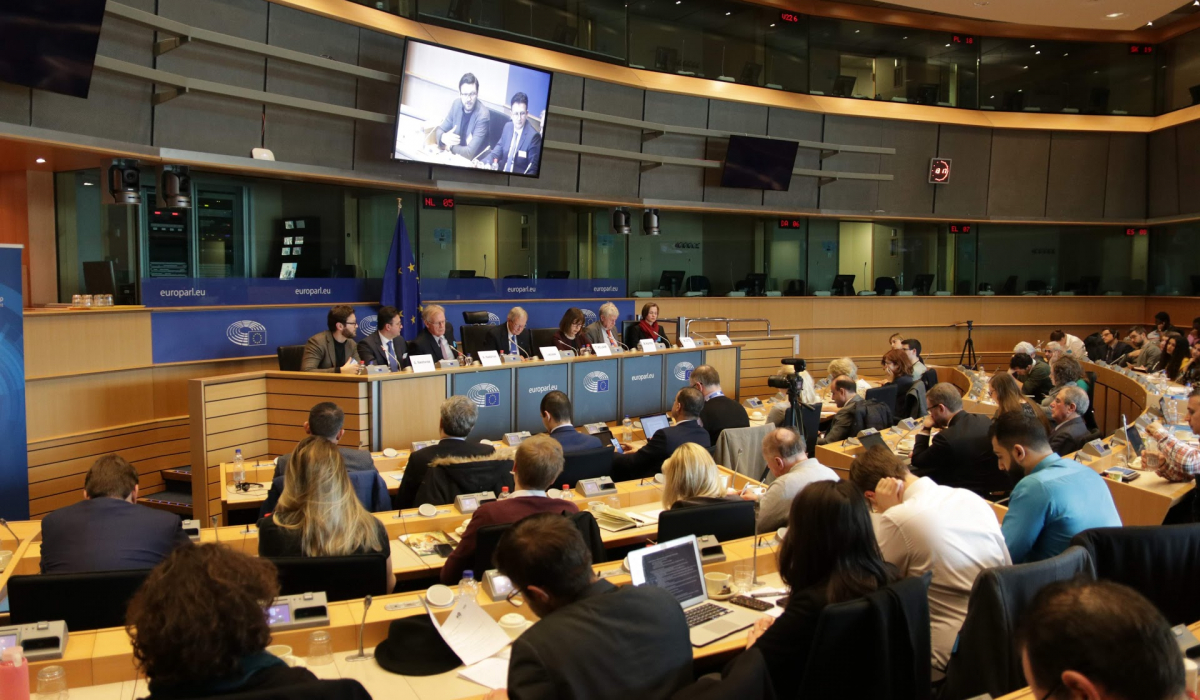 Despite the disproportionate focus on small wars, proxy wars, and counter-terrorism in security discourse over the past two decades, inter-state rivalry and great-power politics have redrawn the priorities of foreign and defense policies. In light of these challenges and opportunities ahead,  the Brussels International Center, in partnership with Beyond the Horizon, the Embassy of Ukraine in Belgium and the VUB, held a panel discussion on the impacts of hybrid threats to Europe at the European Parliament. Hosted by Ms. Rebecca Harms MEP (Greens) and Mr. Tunne Kelam MEP (EPP) the event brought together renowned experts from organizations including the European Commission, The Center for European Policy Studies (CEPS), Egmont Institute, Institute for European Studies, and the Hennadiy Udovenko Diplomatic Academy of Ukraine. The discussion considered not only how to strengthen the EU’s competitive advantage on hybrid threats and geopolitical obstacles, but also explored avenues for whole-of-government approaches on security.

Following the opening remarks, the panel discussion was moderated by Mr. James Moran, Associate Senior Research Fellow at CEPS. Moran proposed several questions about the role hybrid warfare has in European institutions today. The first panelist, Mr. Antonios Nestoras, a researcher at the Institute for European Studies, critically examined the term hybrid warfare and proposed the term political warfare instead noting that “using any means or methods at a state’s disposal to influence and interfere in other states’ affairs is the new normal in international relations.”

This idea was explored in more detail by Ms. Olena Snigyr, a Chief Analyst at the Hennadiy Udovenko Diplomatic Academy of Ukraine. Snigyr gave an analysis of the role of Russian in Ukrainian affairs, the hybrid nature of their presence in Ukraine, and the effect it has on international law, specifically in the case of Crimea. Finally, Ambassador Marc Otte, BIC President and Senior Associate Fellow at the Egmont Institute, reviewed the role of hybrid warfare in the Middle East by Russia and Iran. Ambassador Otte asked “is it a sign of weakness or strength to go into this type of [hybrid] warfare?”, citing different examples of the Russian presence and the Iranian agenda as cases of hybrid warfare in the region.

The discussion finished with an insightful question and answer session where MEP Rebecca Harms considered the role of hate-speech in the media today. As a native German, she noted the importance of regulation in preventing hate-speech, and the subsequent effects that this negative discourse can have on civilians and institutions alike.